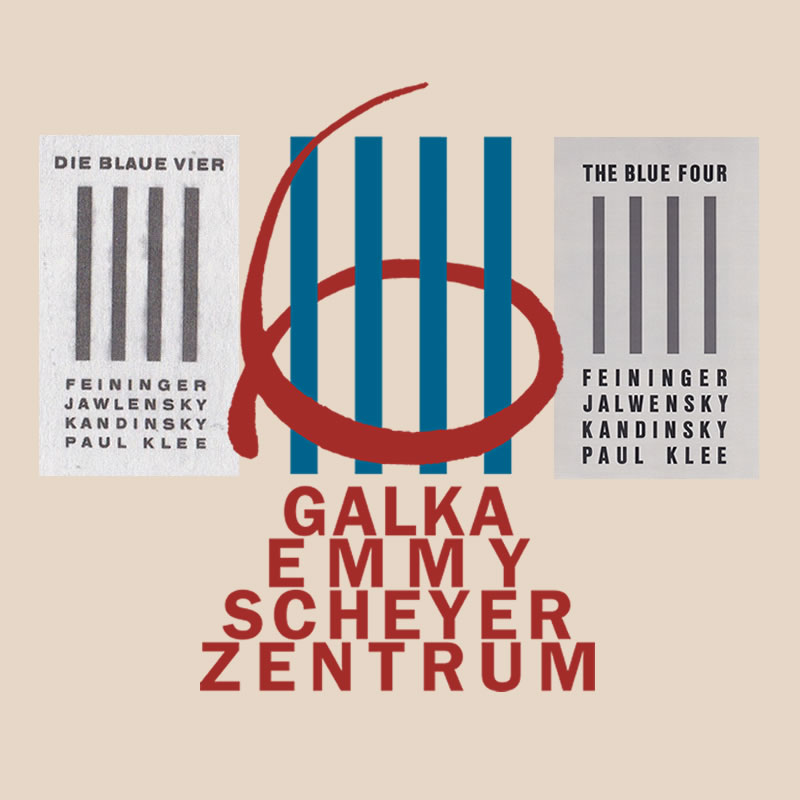 Galka Emmy Scheyer put on exhibitions in America with works by many artists, but only four of them had agreed with her on the name Die Blaue Vier. It was spelled very differently – with a small or capital D and B, singular or plural – and translated into THE BLUE FOUR and CUATRO AZULES. The group also agreed on a logo. It contains the title THE BLUE FOUR, four vertical bars and the names FEININGER, JAWLENSKY, KANDINSKY and – probably because of the length – PAUL KLEE.

The association GALKA EMMY SCHEYER ZENTRUM took this logo as a model for its own logo. The vertical bars were retained for the four painters and set in blue; a red brushstroke encompassing them and reaching into the distance stands for Galka Emmy Scheyer. The name of the association, because its four words are of different lengths, was arranged like a monument base in the shape of a pyramid. Pyramids played an important role among the Freemasons, who liked to gather on Monte Verità in Ascona. It was the time when Emmy Scheyer wrote a hymn about „the spirit of man“ and „the soul of man“ joining together. For „If the light floods the gate/Then man’s pyramid will disperse.“